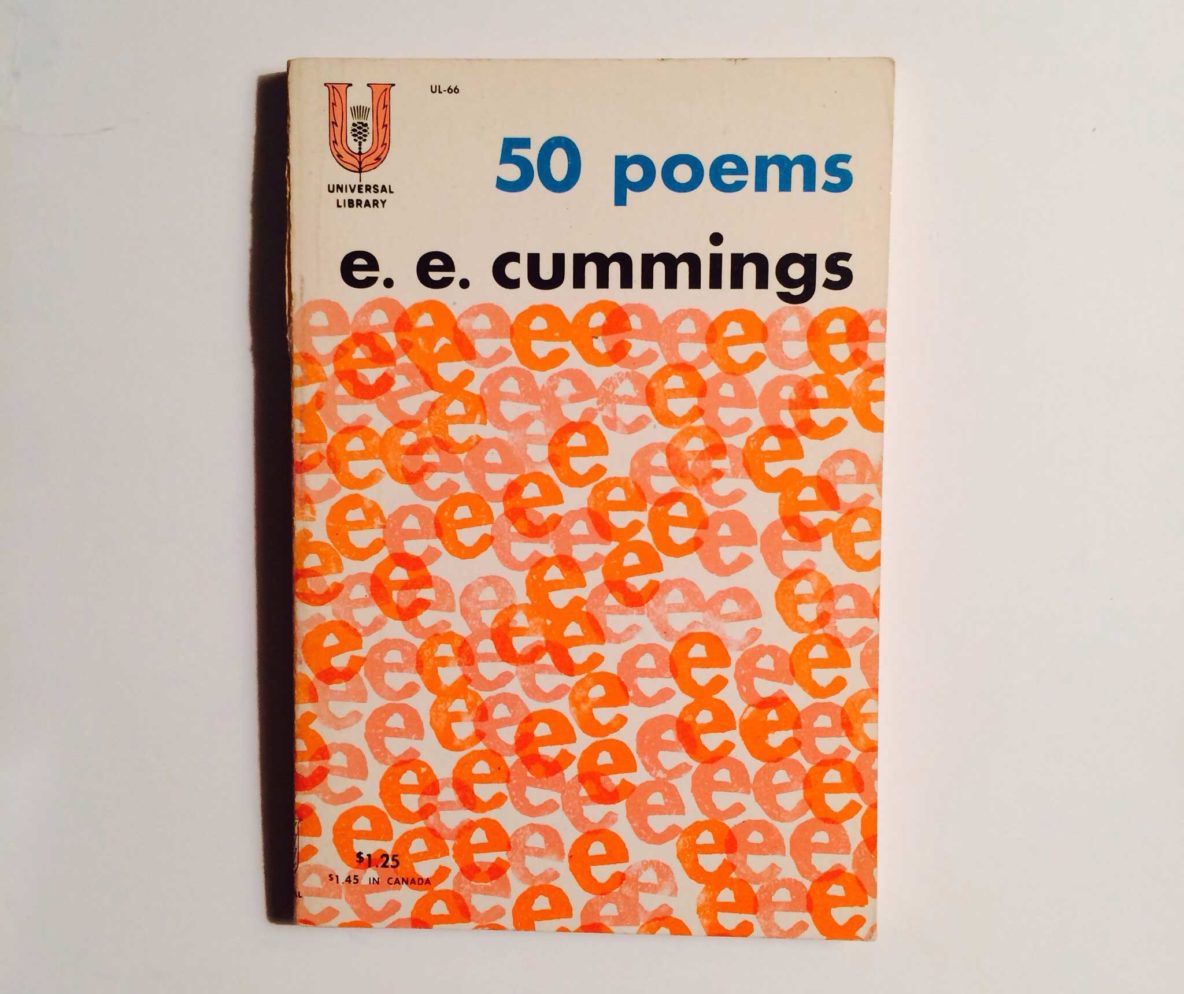 trees which from dropped, leaf

I do not know where it came from, but in 2003 someone in the New Music Composers’ Group got the bright idea to organize a symposium for composers around the American poet E. E. Cummings and with subsequent commissions from Trondheim Sinfonietta. I was struck by the openness and musicality of the poems and eventually chose to focus on the late poetry collection 50 Poems (1940) and the opening poem !blac. !blac is in its entirety as follows:

What one might first notice is the typography, here we can see traces of Cummings the visual artist. Letters, words and punctuations rotate down the page just like a falling leaf. The typography slows down the reading speed and thus increasing the immediate experience of the poem. The typography might also resemble Japanese calligraphy which is hardly coincidental. Many people have pointed out the relationship between Cummings and the Japanese haiku tradition, and rightly so. Take this haiku by the Japanese 1600th century poet Matsuo Bashō:

Won’t you come and see
loneliness? Just one leaf
from the kiri tree.

If we arrange Cummings poem with a more ordinary typography, the similarities are striking:

black against white sky? trees
which from dropped
leaf a goes whirling

We could of course go even further in our eagerness to clean up the grammar, producing an understandable message; black trees against white sky, from which dropped, a leaf goes whirling, but then much of the immediate feeling in Cummings poem is already lost. The poem’s combination of typography, structural dichotomy and the thematic focus on the outer worlds reflection of the inner, provides obvious haiku associations.

This combination of experimental typography and sensitive natural portrayals mirroring the inner, also gave clear associations to musical composition. And it was this sensitivity that I wanted to mediate in the composition of trees which from dropped, leaf. The feeling of decay, black trees, dying leaves and autumn, but at the same time drawn with light ink strokes. This gave timbral associations.

The typographical and grammatical freedom and restructuring opened up to many interpretations, while at the same time giving associations to musical composition. Music’s ability to continually stretch out an idea in time builds exactly on such rearranging processes.

The piece was premiered in Trondheim by Trondheim Sinfonietta February 12 2003.