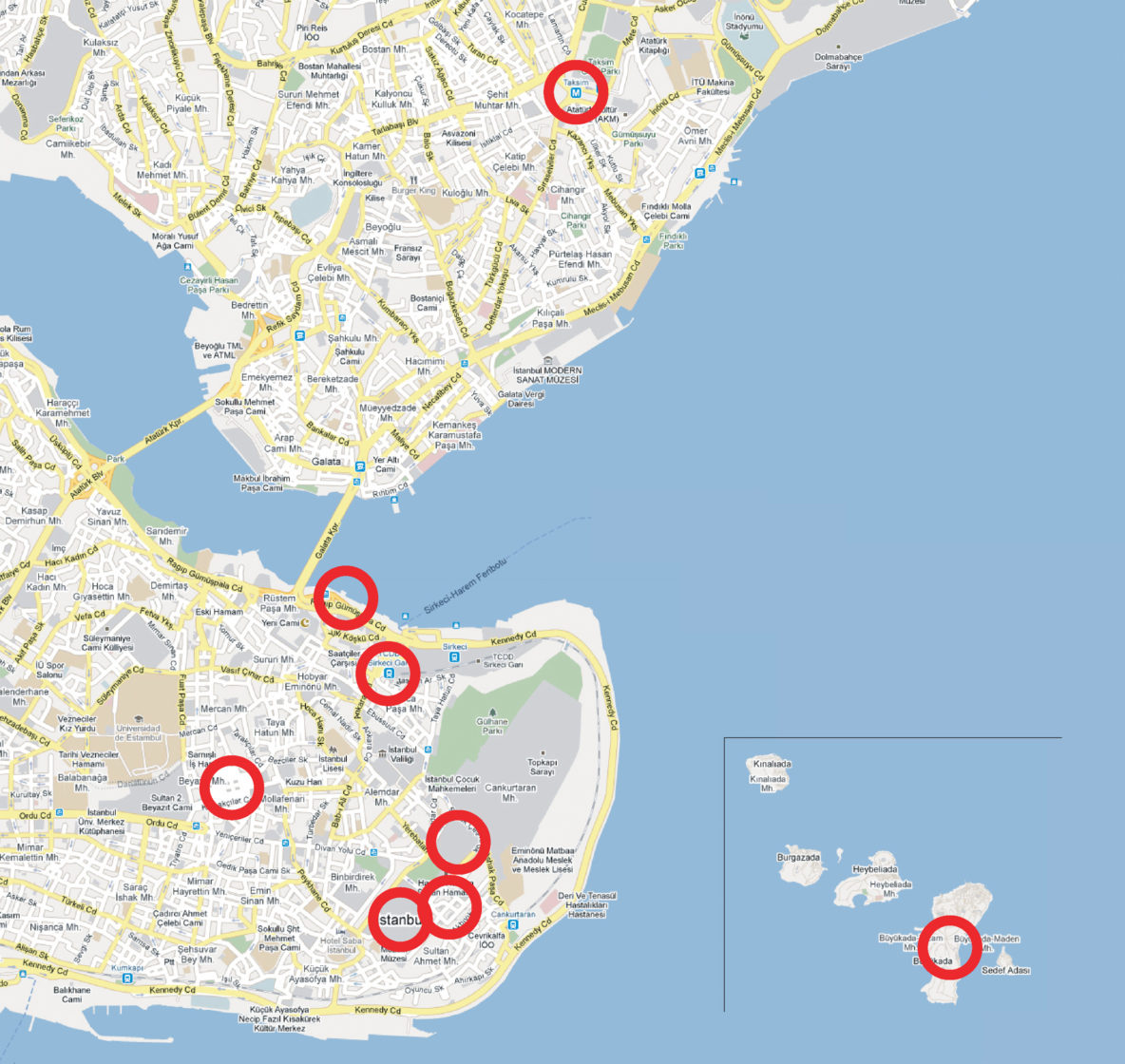 Electronic work for radio.
Broadcast in 2005.

In 2005 I was contacted by reporter Kjetil Bjørgan from NRK (the Norwegian public service broadcaster). He was familiar with my work through Lydriket and wondered if I was interested in creating a sound piece for NRKs Prix Italia1 contributions for 2005. After some experimentation, we ended up with a concept around a timbral mapping of Istanbul. Istanbul is interesting on several levels. Not only is it a multi-cultural metropolis with a long and fascinating history, but it is also the only city in the world that is divided between two continents with one European and one Asian part. In Istanbul you can find the whole spectrum of modern Turkey, from the secular legacy of Atatürk to religious groups. We wanted to investigate whether this cultural and historical complexity also could have deposited in the city’s sonic fabric.

Initially I was not sure what kind of sound material we could find in Istanbul. The city is a modern metropolis with almost 13 million inhabitants, and as with many other big cities it is mainly characterized by the sound of cars. But as in an archaeological excavation the city gradually uncovered its acoustic identity before us. We set up a mobile studio at the hotel, and went ahead with mapping out the sound of the city through daily field recordings.

The city was full of sound. Carpet Sellers, soap sellers, football supporters, backgammon players, saz players, scrap collectors, cats, pigeons, train time announcements, Turkish pop music and calls to prayer. All this made up the characteristic sounds of Istanbul, but the city also contained unique acoustic environments. The combination of water and marble pillars in the underground Basilica cistern created a dreamy acoustic fingerprint. The same applied to the acoustic environment of the car-free Princes’ Islands, which were mainly dominated by silence. The shouts from the salesmen at the vegetable market in Taksim created a complex spatial web of sound, as did the countless minarets during Friday prayers.

I combined this sonic mass into a radiophonic composition using techniques from the Musique concrète tradition. Collage techniques, filtering, spatialization and granulation were some of the sonic tools that made it possible to form these two weeks of field recordings into a 20 minute narrative composition.

Istanbul was NRK’s Prix Italia contributions for 2005, and was broadcast on NRK P2 the same year.

1 The Prix Italia is an international Italian television, radio-broadcasting and Website award. It was established in 1948 by RAI – Radiotelevisione Italiana. Istanbul participated in the genre radio, music / composed.