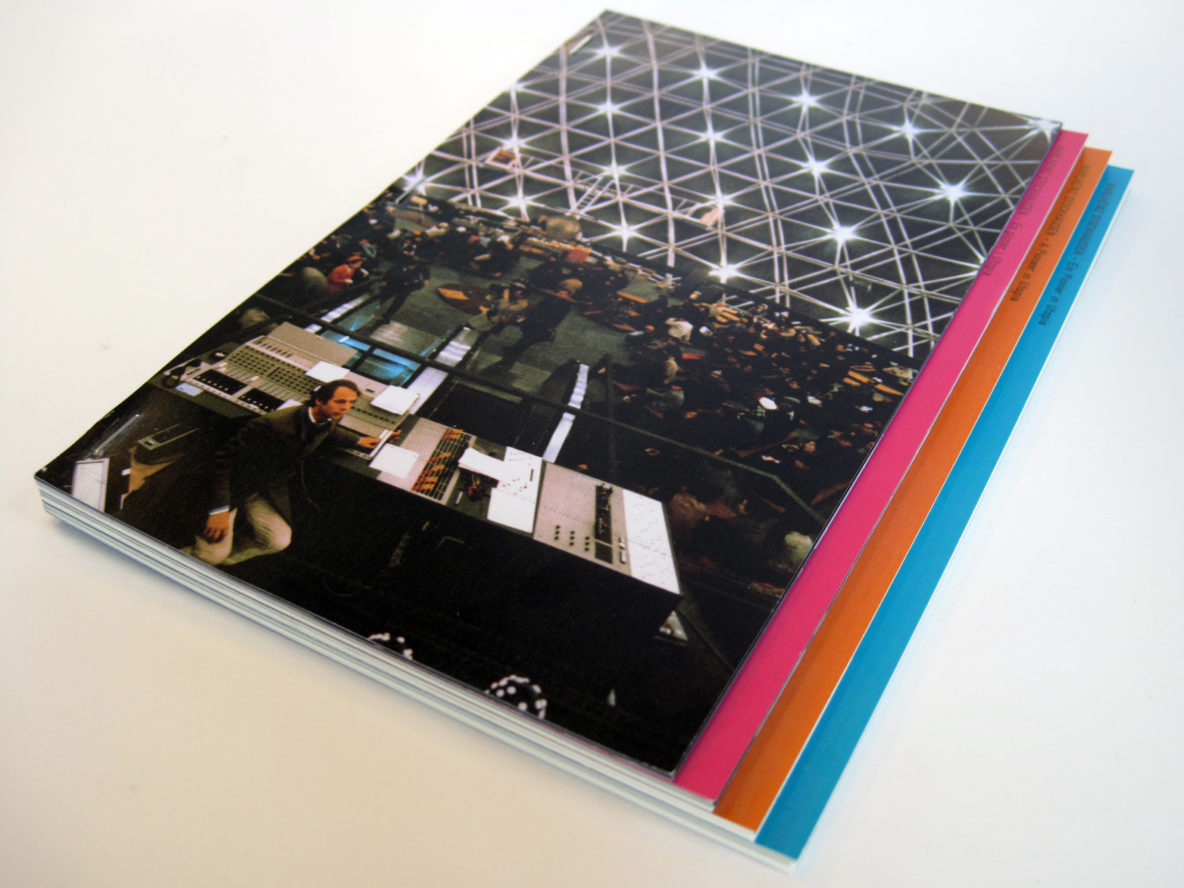 When it was suggested to do a concert with music by the late Karlheinz Stockhausen at the Ultima Festival in 2008, my immediate idea was that we should perform Mikrophonie I (1964). The piece had a mystical aura by being written in an inaccessible graphical notation, it was rarely performed, difficult to get on CD and it was also written for an exotic group of musicians; one tam-tam, two percussionists, two microphonists, two musicians controlling the amplitude and two musicians controlling the filters. The piece was never before performed in Norway, and there was not any copies of the score in Norway either.

Mikrophonie I contained several interesting musical concepts. It is perhaps the first piece in which the microphone itself is used as an instrument and not just as an audio tool, and that in a thoroughly structured manner. The piece focuses largely on the vast sound world that reveals itself when you put your ear or microphone close to a sound producing object.

Mikrophonie I was performed for the first time in Norway at the Ultima Festival in 2008, and Notam published a collection of texts named Karlheinz Stockhausen, a pioneer in utopia in connection with the concert. This was the first Norwegian publication with texts about Stockhausen’s electronic music. This text are taken from this publication.

In a film recording from 1966 we can observe an image typical of this era: Standing around a tam-tam are six immaculately dressed men in strict German postwar style wearing white shirts, black ties and short conservative haircuts. This engineer-like strict academic appearance is a style recognizeable to us from a number of photos of intellectuals of this period. All the more interesting then is the contrast to what we hear on the film with various forms of hissing and metallic screams issued from the tam-tam, like spastic gestures in a piece of music which must be one of the most noisy works from this period. The work we are hearing is Mikrophonie I1 (1964), and the people playing are the Stockhausen-Ensemble2.

But let us go back four years in time to the completion of Kontakte. Kontakte (1958-1960) for electronic sounds, piano and percussion, was Stockhausen’s first and extremely successful attempt to mix electronic and acoustic sounds. Indeed, the electronic sounds come out more clearly in the version for tape only, but the version for tape and instruments has a rich and homogenous sound world with many “contact points”. This is probably due to the fact that many of the electronic timbres consist of synthetic sounds based on a large amount of analysis of acoustic percussive sounds (in the score for the electronic music, the various synthetic timbres are, among other things, referred to as “bell-like” and “skin-like”).

Through analysis, Stockhausen manages to create an affinity between the instrumental and the electronic sounds. The technical solution, where musicians play over a tape, later developed into becoming somewhat of a standard. However, originally it wasn’t Stockhausen’s idea that it should be like this. Not only was the realization of Kontakte problematic (he spent more than two years on this half-hour work), but also the performance itself could not be done the way he had hoped. Originally, the musicians were not supposed to have a fixed score, but were to react freely to the sound while simultaneously controlling the levels of the various channels from the tape. This turned out to be a disaster right from the very first rehearsal, and consequently both the scores and the tape became fixed.3

Stockhausen’s first attempt at combining electronic sound and instruments thus ended up being far more fixed than originally planned. He had not forgotten the idea, however, and it was an “acoustic revelation” that would make it possible for him to realize it. While working on the piece Momente (1962-64), he had bought a two-meter large tam-tam that he had hanging in his garden. Sometimes when passing the instrument, he would find an object to play it with, and then lean up close to it and hear all sorts of sounds, finding a wealth of fascinating micro-details.

This is a phenomenon most of us are familiar with; if you put your ear up close to an object that produces sound, you can discover details you had no idea existed. One day, Stockhausen contacted a technician at WDR’s studio in Cologne and made him set up a microphone by the tam-tam. The microphone was connected to a filter, a volume control and a tape recorder inside the house. Stockhausen collected a basket full of objects from the kitchen and used them to improvise with the instrument and the microphone while the technician improvised on the volume control and the filter. All this was done quite haphazardly while the tape was running:

We recorded for about twenty minutes and then I walked in and said, let’s hear it. And I must say that what we both heard was so astonishing that we started embracing each other and saying, this is unbelievable, a great discovery. We heard all sorts of animals that I had never heard before, and at the same time many sounds of a kind I couldn’t have possibly imagined or discovered, not in the twelve years I had worked in the electronic music studio up to the time of that experiment.4

It was simply a pure, childlike delight in sound, triggered by an auditory curiosity that was the starting point for the whole composition. However, as early as 1950 the composer Pierre Henry had written a piece of musique concrète bearing the title Tam Tam I-IV, which is based on tam-tam sounds, and Stockhausen was familiar with this piece. Even so, the importance here is related to the fact that the composition and the live electronics came as a result of the listening experience.

After this initial discovery followed a phase of experimentation and structuring. It soon turned out that a system of notation based on a description of how to play was inadequate. Two people rubbing a piece of rubber on a tam-tam could give two diametrically different results. Instead, Stockhausen used a scale of descriptive terms, words that describe something about the way the sound resonates: Prasselnd, Krächzend, Tosend, Raschelnd, Murmelnd, Rassenlnd, Aechzend, Donnernd. It’s a long way from Studie II’s exact sine tone scale to these rather vague terms. They still gave the opportunity to notate abstract sound in a way that actually makes it possible to play the same rubbing sound twice. Thus, the possibility to structure the composition was present.

With Mikrophonie I, Stockhausen also opened the way for a more flexible use of electronics than what was possible with the serial techniques he employed in the 50s, and this piece for real time electronics became the first (in Stockhausen’s work list) in a number of such works written during the 60s and 70s. In pieces such as Mikrophonie II, Mixtur, Solo, Prozession, Kurzwellen, Spiral, Pole, Mantra, Sternklang and Sirius we often find this flexible interaction between performer and electronic sound, just as we hear it for the first time between the tam-tam and the electronics in Mikrophonie I. But seldom as primeval sounding as here.

Recording from the Norwegian Academy of Music, Lindemansalen. The Ultima festival october 8th 2008.