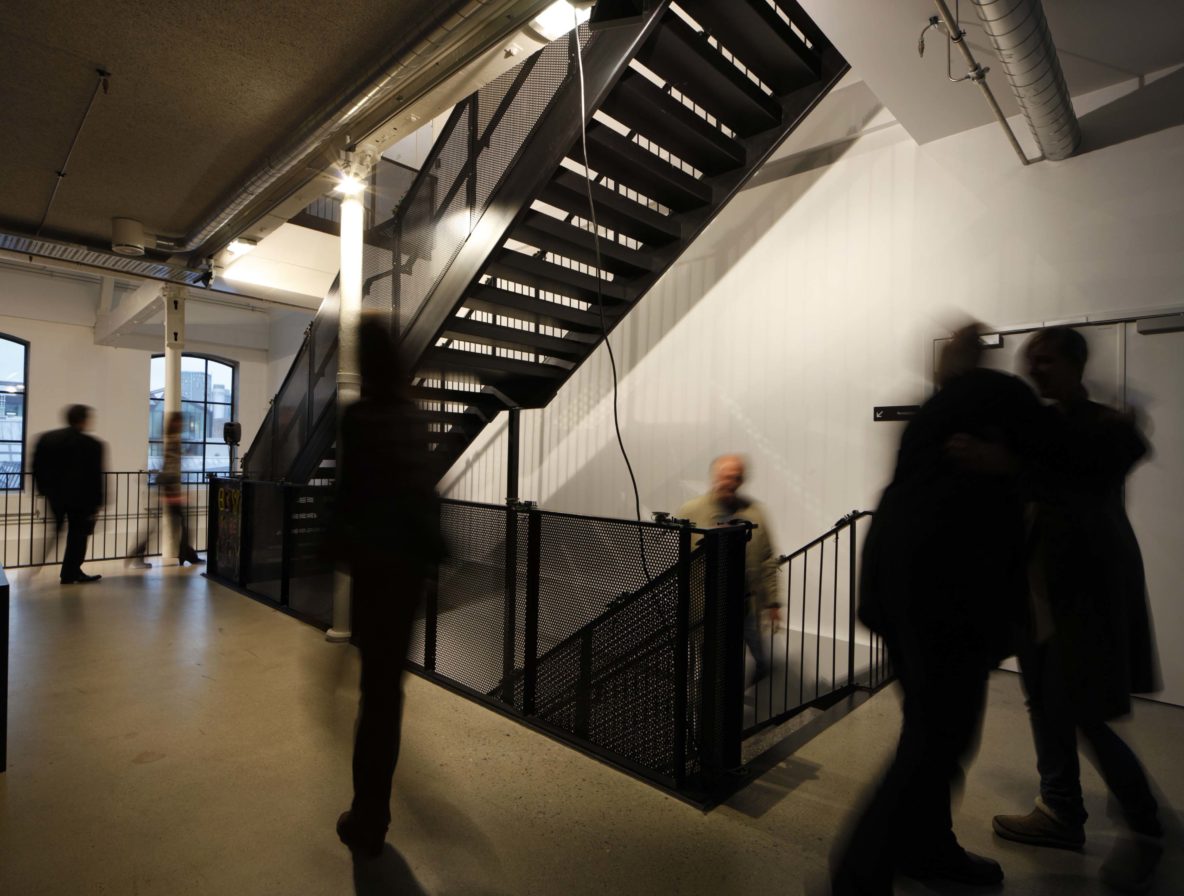 Sound installation.
Loudspeakers and analogue electronics.
Exhibited at Oslo National Academy of the Arts and the National Centre for Contemporary Arts in Kaliningrad, Russia, 2011.

The history of Europe and Richard Wagner’s life and work are closely intertwined, and in retrospect it is easy to see Wagner’s megalomania, nationalism and anti-Semitism as bad omens of times to come. At the same time, Wagner’s works represents an intriguing, radical, new form of art. In no work is this duality more evident than in Der Ring des Nibelungen (1848-1874). In this 15-hour ultra-compact work, we find complex art and national reveries side by side.

But what if we compress Der Ring des Nibelungen further, until we are only left with a musical elementary particle? A Wagner particle with a mass so concentrated that it contains the entire gravity of the Ring in one single spectrum, in one single second. And what if we extend this particle in the three-dimensional, sound and space-time, will it change how we experience this compact collection of pulsating Wagner waves, or will this concentration of historical mass cause such a large gravity that it collapses and absorbs everything and everyone surrounding it?

In the French mathematician and physicist Jean Baptiste Joseph Fourier’s major work, Theorie analytique de la chaleur (The Analytic Theory of heat, 1822), Fourier shows that all periodic functions can be represented as a sum of sine- and cosine functions. Transferred to sound, this can simply be explained as every possible sound wave can be represented as a sum of partials. This principle is reflected in the ear, where all sound waves that hits the eardrum is analyzed as frequency components in the basilar membrane. The frequency and time domain in sound represents therefore only different aspects of the same phenomenon. This duality makes it possible to observe the building blocks of sound as both frequency and time simultaneously.

Through experiences in the electronic music studio in the 1950s, Karlheinz Stockhausen discovered this phenomenon in practice. An analog oscillator could produce pulses, but if the speed was high enough, this changed from being pulses to being perceived as frequencies. Events in the time domain propagated into the frequency domain, causing him to develop a theory where the music’s various components only represented different areas of a single continuum. Aspects such as form, phrasing, rhythm and pitch was an expression of the same phenomenon, just with different frequencies. These ideas are described in articles such as … wie die Zeit vergeht … (… how time passes …) from 1957 and Die Einheit der musikalischen Zeit (The unity of musical time) from 1961.
From there on, it was not hard to see all possible sounds as a musical structure, or any musical structure as possible sounds. One second of sound could contain vast amounts of musical information, and an entire Beethoven symphony could be distilled down to a short fragment of sound.

The acoustic principles underlying the relationship between frequency and time has not changed, but the opportunities to study this phenomenon in practice however has. Human activity are now mapped and archived down to the smallest detail. In this apparent symbiosis between our biological life and the informational accumulations, we can find the means to work with this substance. The compact mass that make up Der Ring des Nibelungen can easily be compressed down to a duration of one second, making it easier to see The Ring both as a spectra and a time phenomenon. This new concentration of historic mass appears as a particle that is both time phenomenon and a spectrum at once. The Ring is reduced to a number of frequency components that pulsates at different speeds. If we stretch this mass out into the three-dimensional space, this becomes even clearer, and we can physically enter this pulsating Wagner particle and observe it from the inside.

In our version of this historical object, the megalomaniac Wagnerian orchestral apparatus that was hiding inside the Bayreuth invisible orchestra pit is replaced with a large collection of electronic audio circuits. In the same way as the story of Wagner, these circuits are ambiguous and unpredictable. Through so-called circuit bending techniques the electronic circuits operates beyond the limits of what they really can stand, with unexpected versions of the Wagner particle as a result. It is in these circuits breakdown, in the circuit’s Ragnarok, that the particle is born again and bites its own tail. The circle is closed.

The installation Ragnarok was exhibited during the Ultima Festival in September 2011 at the Oslo Academy of the Arts and in December 2011 at the NCCA (National Center for Contemporary Arts), in Kaliningrad, Russia.

Thanks to: Ultima, Notam, Halvard Djupvik