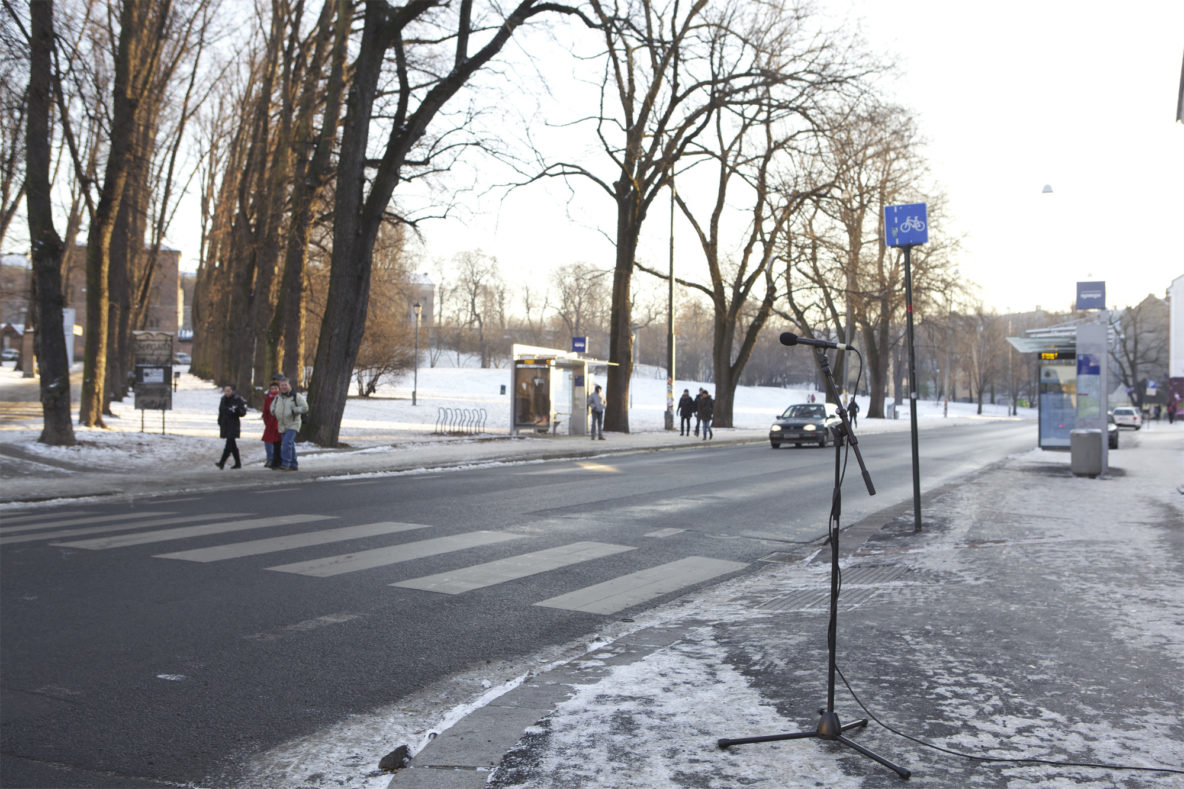 When I was asked to create a work for the celebration of Pierre Schaeffer’s 100th birthday during the Grønland Kammermusikkfestival in Oslo, I was sure of one thing: I would not write a piece of Musique concrète. Although both Schaeffer’s early crackling 78-records as well as the analogue concrete music of the 1970’s are fascinating listening experiences, this style quickly got locked into a sublimation of a limited number of artistic ideas. Pierre Schaeffer’s theoretical magnum opus Traitè des objets musicaux (1966) however, remains interesting reading. Here he established concepts such as listening functions, reduced listening and the morphology of sound objects. This was what I wanted to look further into. Through disciplined listening and scientific methods one could, according to Schaeffer, reach a new understanding of the nature of sound, and thus systematize sound in a new timbral, morphological system. In this way, one could peel away various layers of the acoustic reality, and listen beyond the everyday experience, inwards, into the sound.

The installation Everyday Filter was shown at Grønland in Oslo. This area is often portrayed in Norwegian media in the light of ethnic and religious conflicts, and was among other things the residence of the suspected terrorist Najumuddin Faraj Ahmad, better known as Mullah Krekar. For me who has been living in Oslo for many years, this tabloid description created by the media seems distorted to say the least. In the installation Everyday Filter I wanted to use this geographical area as material. Not as a social, political material, but rather as pure timbre. Through sonic morphological studies, the sound of Grønland could be stripped of meaning, and new aspects could reveal themselves.

The connection between sound and meaning is of course interesting, but by getting rid of old listening habits, it is possible to uncover new aspects of sound and reality. Through disciplined listening exercises and morphological timbral examinations the focus is moved towards the sound’s intrinsic value. Detached from the context, the sound is taking a new flexible form. This systematic examination also acts as a filter, and in the installation Everyday Filter this filtered information is transported from the everyday sounds of the outdoor area, into the installation space. The sculptural aspects of sound is blended with the architectural space. In this way, hidden aspects of sound is being uncovered.

The sound of the installation was based on found sound objects from the vicinity. Since it was exhibited at the beginning of December, this was limited to recordings of footsteps in cold and dry snow. These sounds were placed in the timbral morphological system, analyzed and recreated using analogue oscillators. A microphone was placed in the street outside the installation. The stream of information from the street sounds was analyzed, and controlled the choices of the different audio models inside the installation. The last filter was the installation space itself. A series of small distorted loudspeakers were placed inside the old church room’s curved shape, and created a fusion of the architecture and the sonic space.

Thus, the three sound objects – traffic noise, snow sounds and the acoustic space – were entangled in each other and filtered through each other’s properties. But this was not sound objects in terms of pure sound recordings. It was rather different layers of information derived from inside the sound. The installation’s own information system assumed the role of the disciplined and structured listener. In the finished installation, we barely recognize the original sounds. What we really find are traces of the various structural properties of the sounds.

For Pierre Schaeffer, the thinking that was summarized in the theoretical work Traitè des objets musicaux,was an attempt to break out of the post war traditional musical practice. Just as we find references to Zen Buddhism in John Cage’s sonic liberation project, we can find traces of Eastern influence in Schaeffer’s work. The disciplined exercises described in Traitè des objets musicaux reminiscent of the exercises we find in the Greek-Armenian mystic and guru Georgy Ivanovich Gurdjieff, a person which Schaeffer himself was in close contact with1. These exercises were according to Gurdjieff, supposed to awaken man from the everyday “sleep”.

But more than anything, Schaeffers work is primarily a rational attempt to understand the inside of the sound’s sonic character. Fifty years later, these utopian ideas are still fascinating reading. Not in the form of artistic dogma, but as one of many alternative listening strategies. Strategies that I used to filter out the everyday experience from a street corner in Grønland in early December 2010.

1 The meeting between Pierre Schaeffer and Gurdjieff is well described in Schaeffer’s own article The Old Man and His Movement, Paris, 1954, Times Media Ltd, 1964.