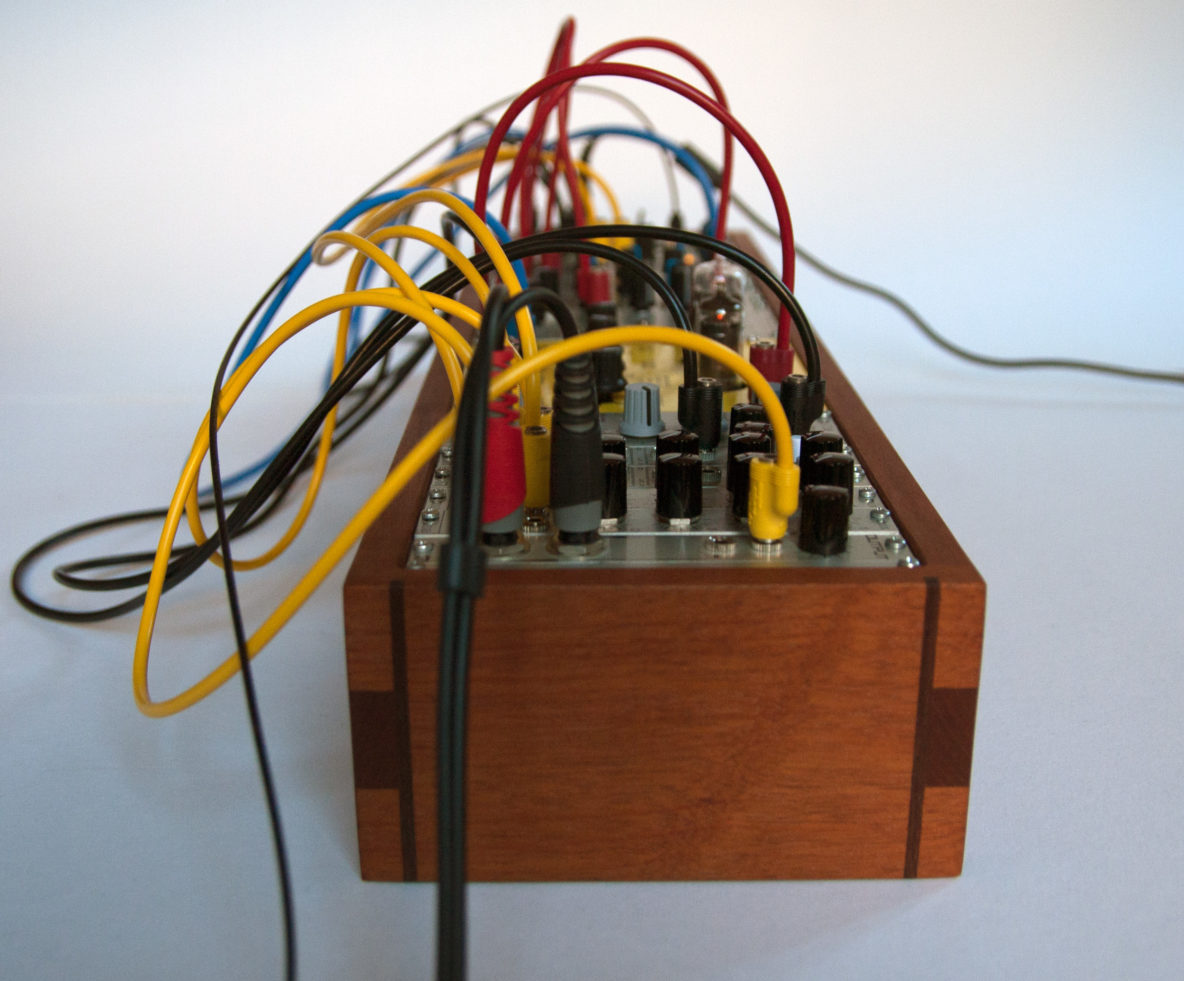 In the infancy of electronic music, a number of analogue techniques for electronic sound production were developed. These labor-intensive techniques were gradually replaced by digital working methods, and during the 1980s and 90s, most systems for working with sound were moved from analogue to digital systems.
Despite this, I have always worked with analogue audio processing in parallel with the digital. Much of the music I appreciate is recorded on analogue instruments and audio equipment and early on I could hear that this format had possibilities that did not exist in the digital domain.

Although it may seem that digital working methods have endless possibilities for sound work, they have their limitations. The most obvious is the interface. Early digital audio equipment was characterized by hard to use menu systems, while modern solutions with screens and keyboards lack tactility. Analogue systems, on the other hand, usually have simple user interfaces as a result of the technology. Each function has a dedicated, tactile interface, which makes intuitive and exploratory sound work more similar to what you are used to from, for example, musical instruments.

But it’s not just the interface that is different, the timbre is not the same either. While basic digital signal processing methods usually sound the same, basic analogue building blocks such as amplifiers, oscillators and filters have large variations. In addition to that, these circuits have complex ways of responding to various forms of distortion and modulation that cannot be readily simulated digitally.

These working methods have gained new interest with the resurgence of analogue, modular sound systems that started around 2010. The focus on analogue sound runs parallel to an increased interest in materiality and tactility that can be seen in the increasing use of, for example, vinyl records and the emergence of maker the movement. Furthermore, the same tendency can be observed in the visual arts with renewed interest in the art object and in the materiality of art.

The tactile way of working and the complex tonal possibilities in analogue sound were central to the work Analogikk. I had worked with this in several works before, including Everyday Filter (2010), Klank (2011) and Ragnarok (2011), but it was with Analogikk that this work became the main focus of attention.

Analogikk was performed on Friday 17 October 2014 at Østre during the Ekkofestival in Bergen by Asbjørn Blokkum Flø, Maja Solveig Kjelstrup Ratkje, Alexander Rishaug and Hild Sofie Tafjord. Analogikk was commissioned by the Bergen Center for Electronic Art (BEK).

Analogikk live. Friday 17 October 2014 at Østre during the Ekkofestivalen in Bergen.

The studio version of part 1 from Analogikk. Recorded in 2014.

Early sketches and demos from Analogikk. Recorded in 2013.